To mark the 70th anniversary of Queen Elizabeth II’s coronation, her Platinum Jubilee, Pragnell has created seven one-of-a-kind-jewels, each designed to symbolise a different decade of our Queen’s rule. Her Majesty’s Platinum Jubilee Collection pays homage to the materials traditionally associated with these decade anniversaries: tin, china, pearl, ruby, gold, diamond and platinum. The creation of each jewel has taken inspiration from sketches discovered in the archives of Philip Antrobus, the jeweller that created the Queen’s engagement ring and which is owned by sixth-generation British family jeweller Pragnell. 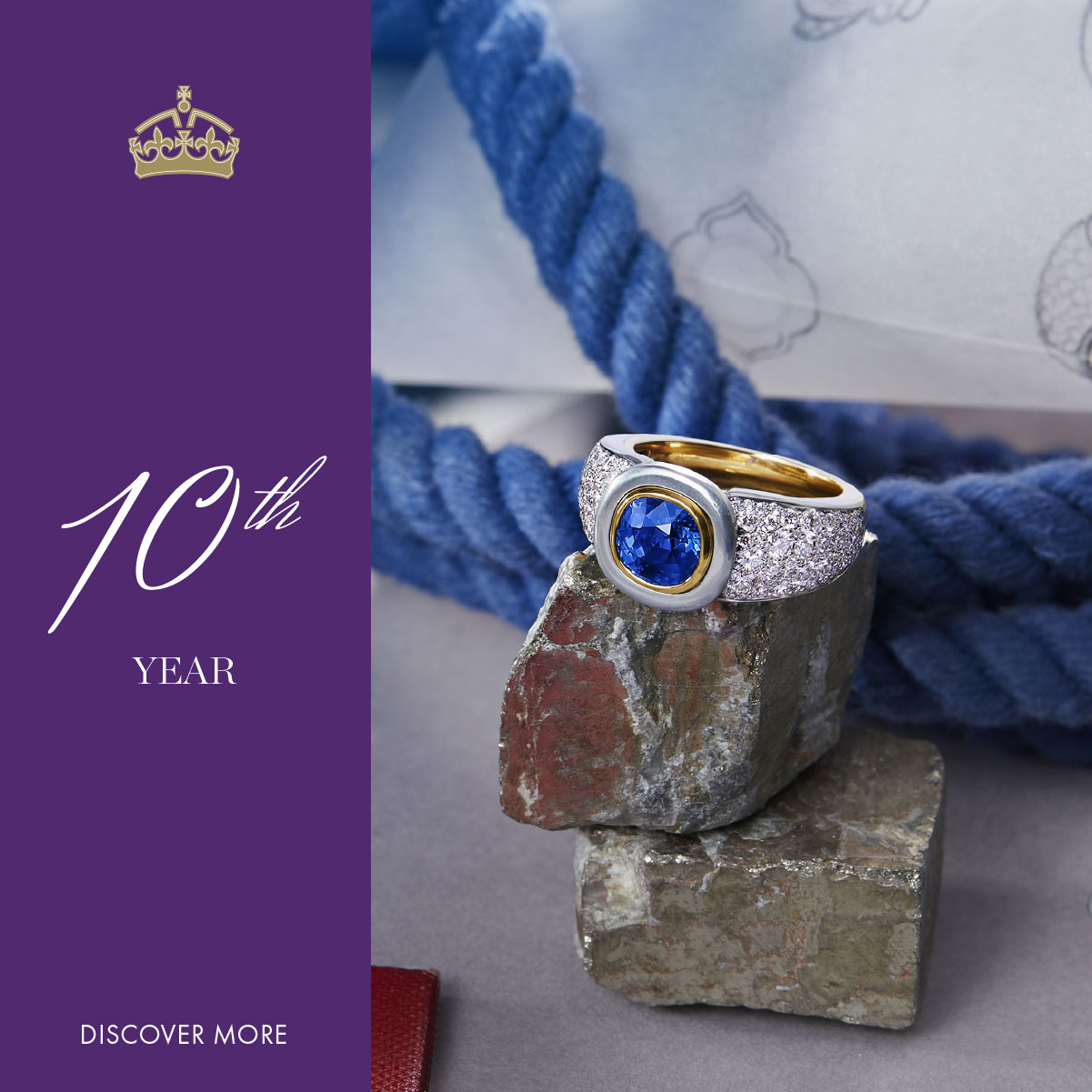 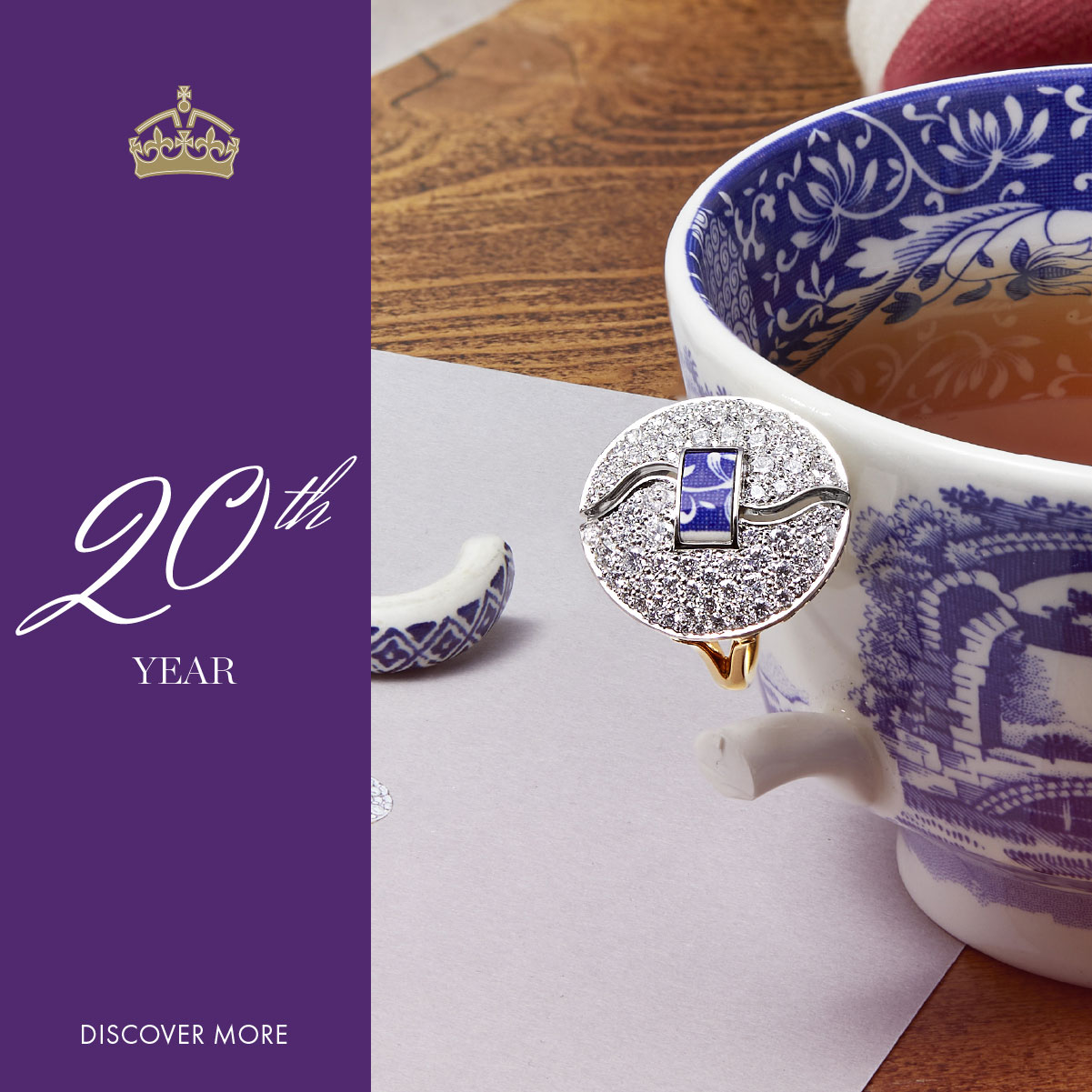 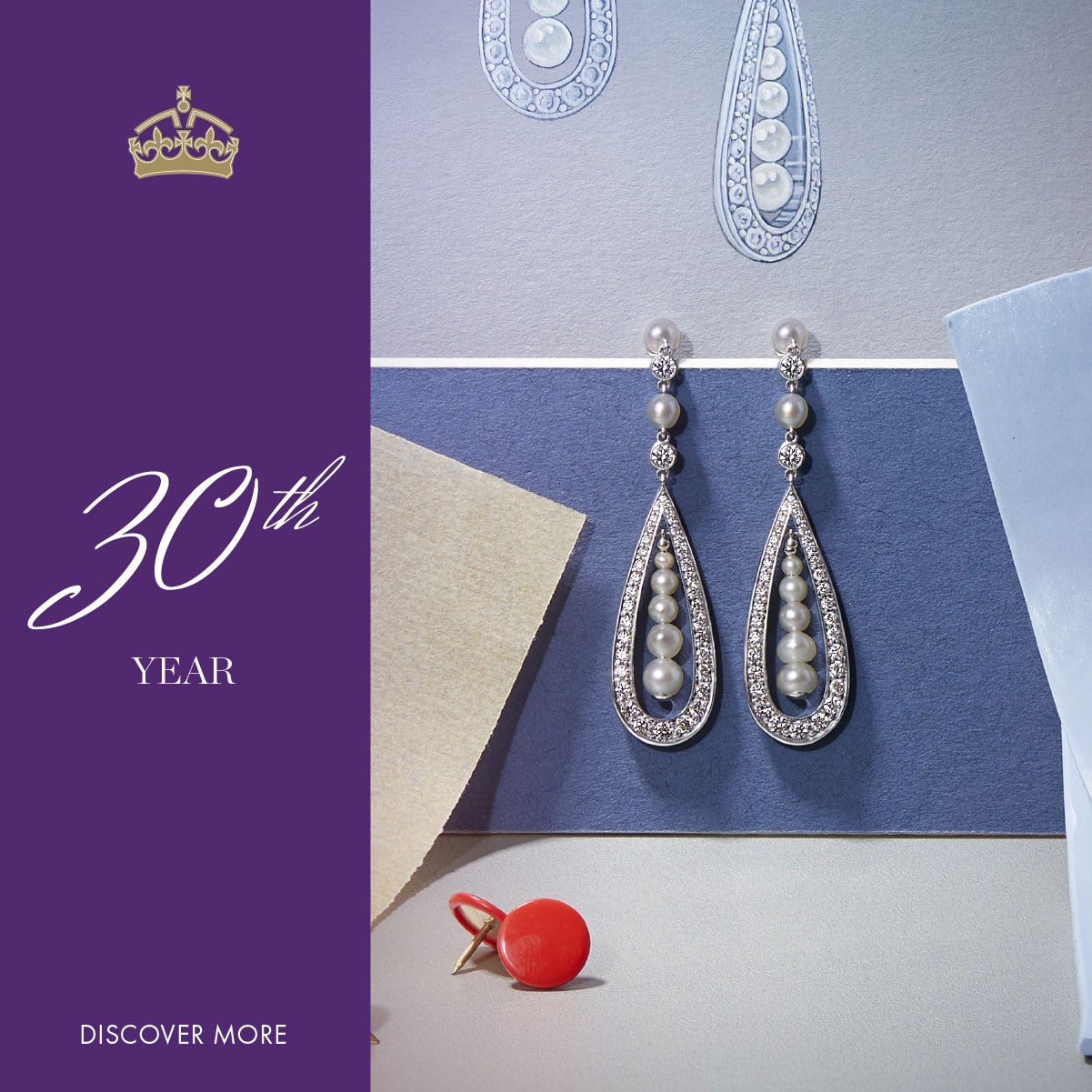 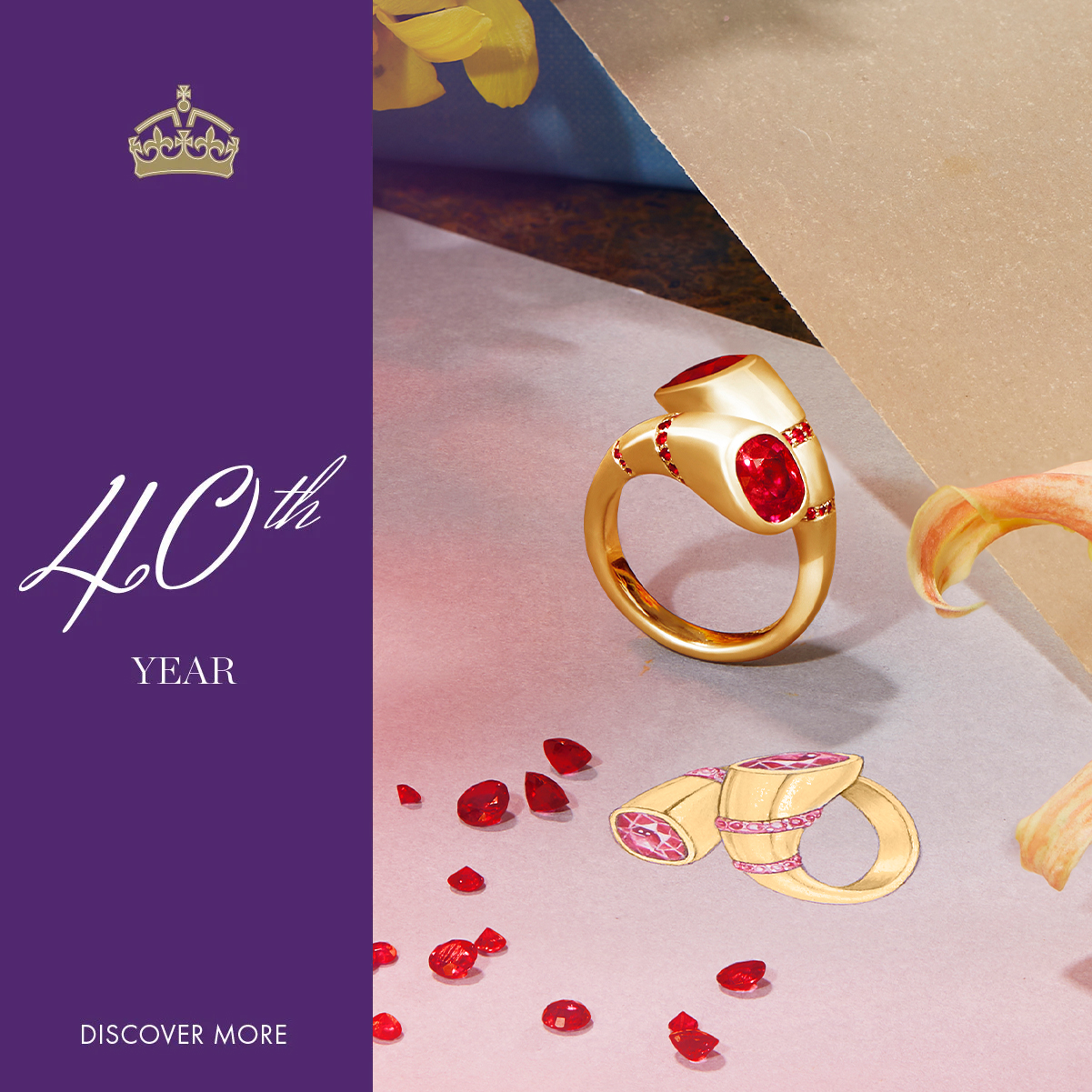 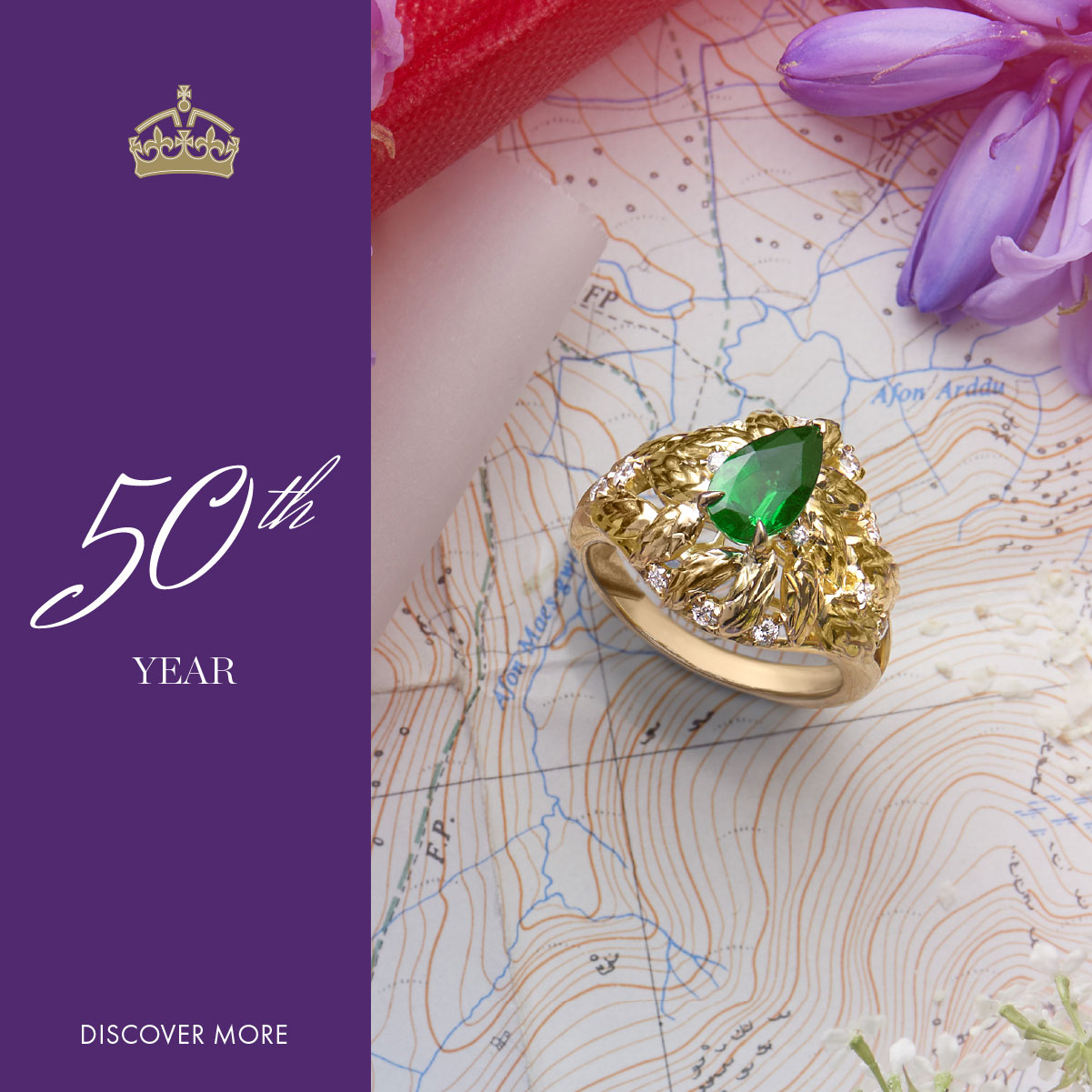 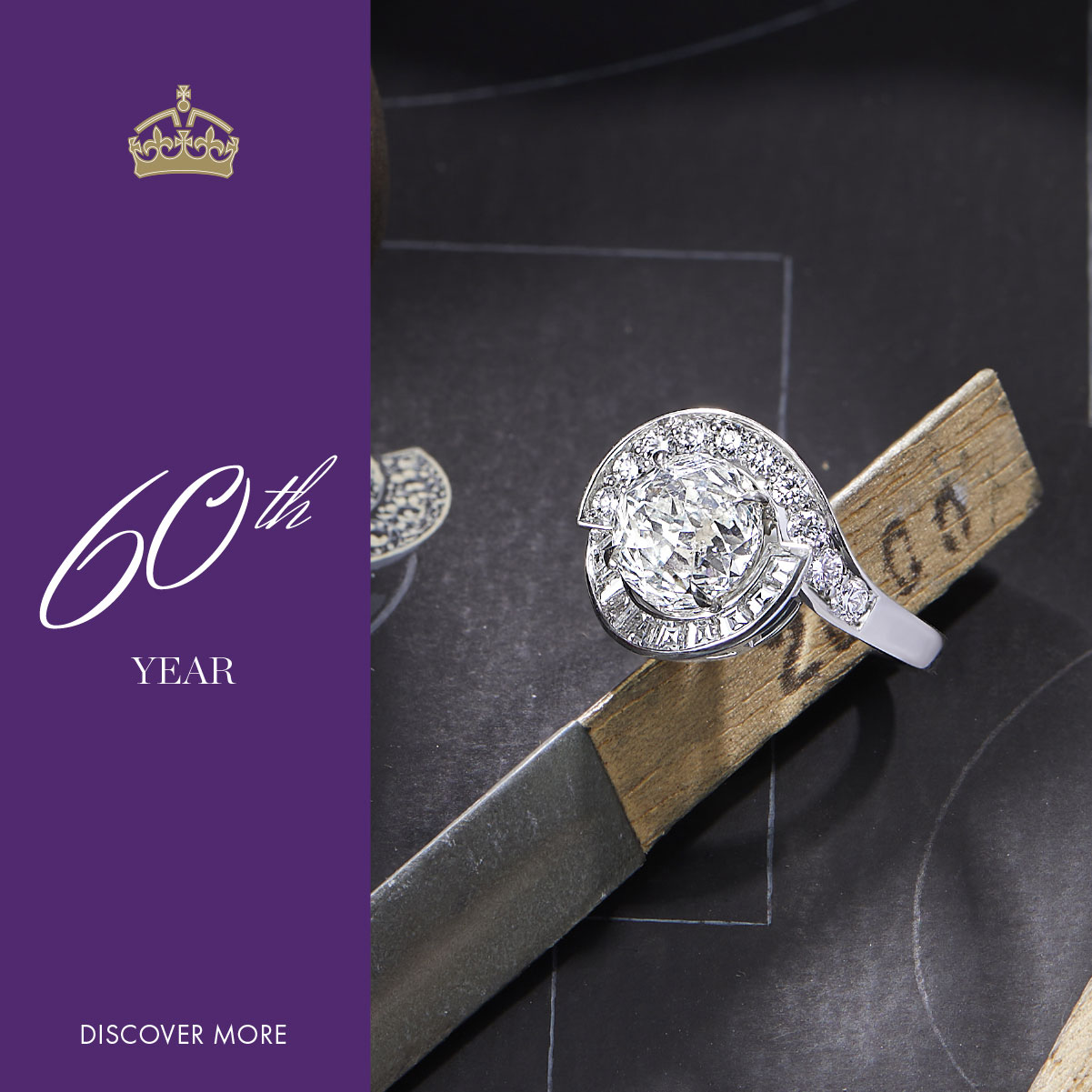