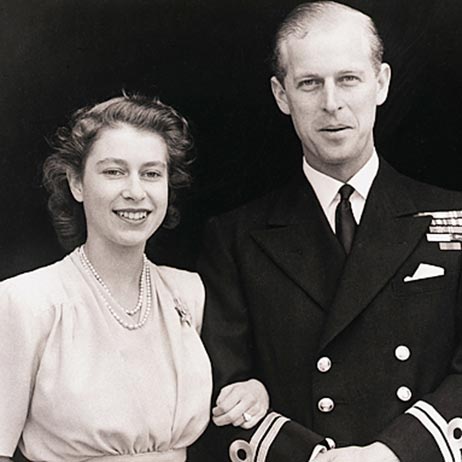 Prince Philip commissioned our company, Philip Antrobus, with the design and manufacture of the engagement ring which he gave to the then Princess Elizabeth in 1947. At that time Philip Antrobus was based on Bond Street in London and is owned by Pragnell.

Prince Philip was personally involved in the design of Queen Elizabeth's engagement ring as the diamonds were taken from a tiara that had belonged to his mother, Princess Andrew of Greece. The Queen's engagement ring is a 3 carat brilliant cut diamond with diamond shoulders set in platinum.